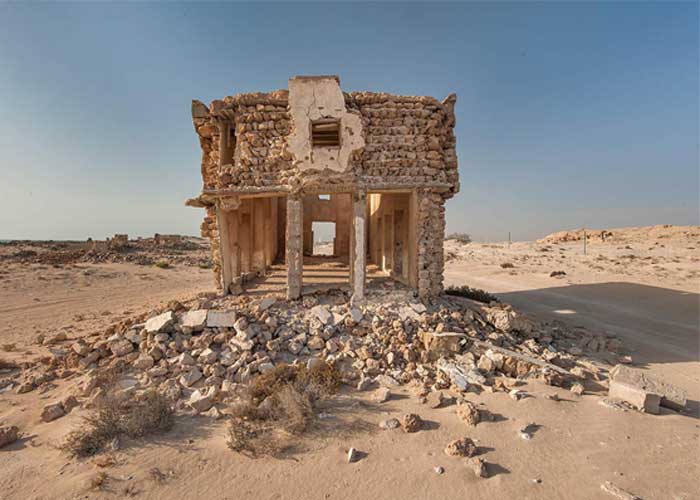 Al Zubara Fort is a historic Qatari military fortress built under the oversight of Sheikh Abdullah bin Jassim Al Thani in 1938, built to serve as a Coast Guard station.  It was later renovated into a museum to display diverse exhibits and artworks, most especially for contemporarily topical archaeological findings. 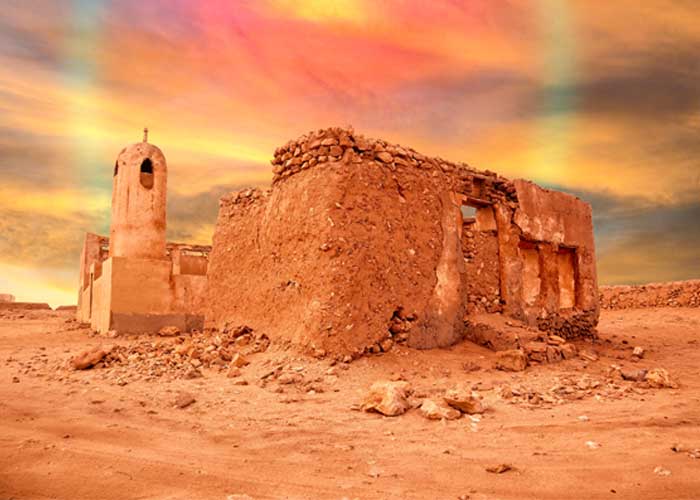 Al Shamal is a municipality in the state of Qatar, considered to be one of the major cities in Qatar. Ras Rakan, the Qatari Peninsula's northernmost point, is included in the municipality, and as such is surrounded by the Persian Gulf in all directions except for the south. It borders the municipality of Al Khor. As it comprises the northernmost portion of the country, its historic importance is attributed to its more moderate weather and close proximity to Bahrain.

The tour starts towards north of Qatar. After 45 minutes of leisurely drive our first stop will be at  at Al Khor’s harbour, The country’s centre for pearl diving & fishing in the old times. Passing through Al Thakira, you will visit the mangroves whilst enjoying the breeze & visit an ancient Mosque at Al-Jassasiya. Then we will visit the the Zubara Fort, Qatar’s first UNESCO WORLD HERITAGE SITE is well known as an archaeological landscape. Until this day, teams of archaeologists are having ongoing excavations to develop and maintain its legacy. We then continue to visit a traditional Qatari village houses made of limestone & mud and in while at Al Shamal, you can see Bahrain on clear days. 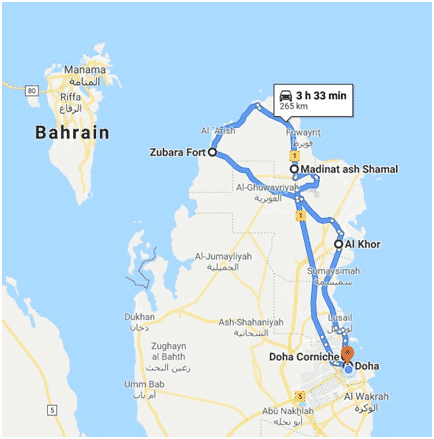