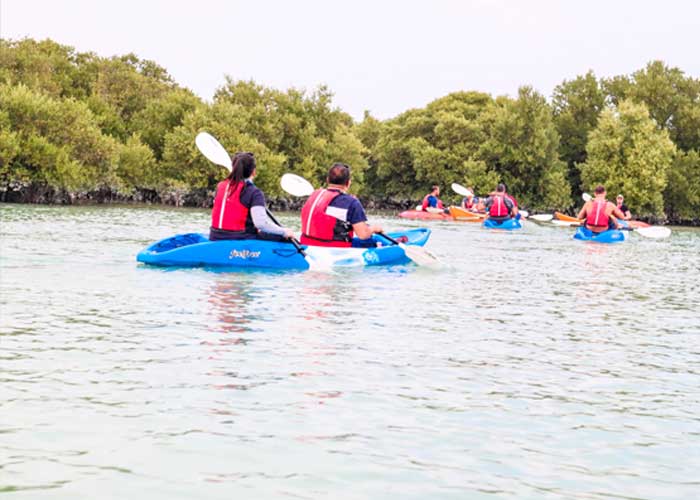 Kayaking in Al Thakira Mangroves. A great way to explore the mangroves is by kayak. A large area of vegetation attracting varied birdlife, including flamingos and herons, Al Thakira mangroves, can be found just north of the seaside city of Al Khor, and present a large expanse of natural greenery in sharp contrast to the surrounding desert landscape. 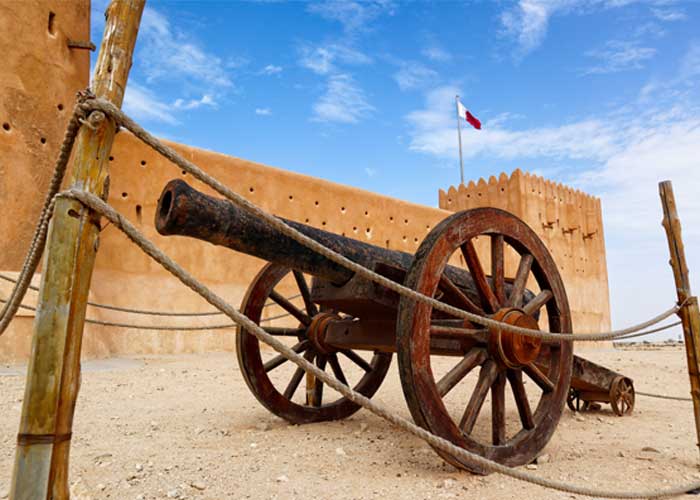 Al Zubara Fort is a historic Qatari military fortress built under the oversight of Sheikh Abdullah bin Jassim Al Thani in 1938, built to serve as a Coast Guard station.  It was later renovated into a museum to display diverse exhibits and artworks, most especially for contemporarily topical archaeological findings. The Zubara Fort- Qatar’s first UNESCO WORLD HERITAGE SITE is well known as an archaeological landscape.

The tour to North of Qatar passing through Al khor city with a small city tour and proceed to enjoy the eco-touristic activity of the Mangroves of Al Thakira with Kayaking. We explore different winding channels of the Al Thakira bay mangroves taking in the views of wildlife including reef egret, terns and herons as well as enjoy an occasional jumping or fish. We usually stop at local beach to relax and escape from the busy life in Doha. We provide a short educational talk about the mangrove ecosystem and how they survive the unforgiving temperatures of the peninsula.

Then we will visit the Zubara Fort, Qatar’s first UNESCO WORLD HERITAGE SITE is well known as an archaeological landscape. Until this day, teams of archaeologists are having ongoing excavations to develop and maintain its legacy.

What to wear Kayaking: