At the crossroads of Europe and Asia, Georgia is a combination of uniqueness and diversity. Although a small country, you can find here the Caucasus Mountain range, Black Sea coastline, curative climate and mineral waters, national parks and UNESCO Heritage Sites, ancient history, diverse culture and traditions, delicious cuisine, rich wine culture and last but not least, our world-famous Georgian hospitality. The capital, Tbilisi, is known for the diverse architecture and mazelike, cobblestone streets of its old town.

Ananuri: This 13th century castle complex is on the bank of Aragvi River, about 72 KM from Tbilisi. This Castle is on the tentative list for inclusion into the UNECSO World Heritage site program.

Gudauri: is Georgia’s top Ski destination located on the south-facing plateau of The Greater Caucasus Mountain Range, lies 120 km to the north of the capital Tbilisi

Gergeti Holy Trinity Church at an elevation of 2170 meters near the village of Gergeti under Mount Kazbek in Georgia. Bodbe, monastery offers spectacular views of the land of the best Georgian wines.

Telavi is the main city of Kakheti which lies in the eastern province of Georgia and located in the most beautiful Alazani valley on the slope of Tsivi-Gombor ridge.

Alaverdi Cathedral built in the early XI century, it is one of four Great Cathedrals of the country and the highest of the ancient churches of Georgia.

Tsinandali winery was first bottled in Georgia in accordance with European Technology.

Kutaisi Second largest city in Georgia after Tbilisi. The beautiful Rioni River, along with several attractive parks, make Kutaisi a very beautiful place to stroll around and take in the many sights. The magnificent churches of Bagrati and Gelati – both UNESCO world heritages sites – testify to the importance of the region.

Metakhi Church -The heroic King Vakhtang Gorgasali commissioned the building of the inscribed-cross church in the 5th century. It is dramatically located on the cliff overlooking the Mtkvari River.

Narikala Fortress - an ancient fortress overlooking Tbilisi . Enjoy the panorama of the city.

Chardin Street - is one of the oldest streets of Tbilisi. Now this is a favorite meeting place for its fancy cafes and clubs, little art salons and galleries. The street got this name in honor of the famous French artist, Jean-Baptiste-Simeon Chardin.

The Sulfur Old baths - A touch of Old Tbilisi , built in 17th century, have subterranean pavilions topped by unique the red brick domes with steam from the hot springs streaming from their tops, giving a magical atmosphere to this historic area of old homes and interesting shops.

Price in US$ per person on twin sharing.

Price in US$ per person

The above Cost does not include :

There may be some restrictions without prior notice to visit some sites  due to Covid pandemic regulations.We have to strictly follow the govt. regulations for the safety of the country. 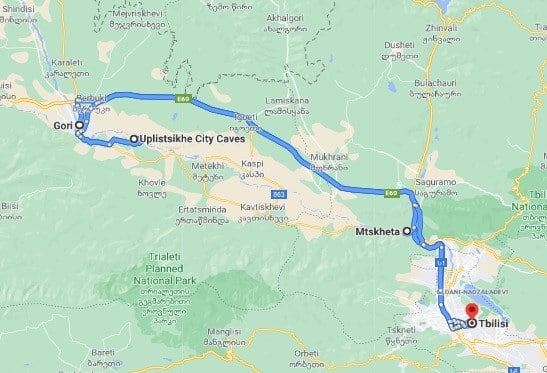 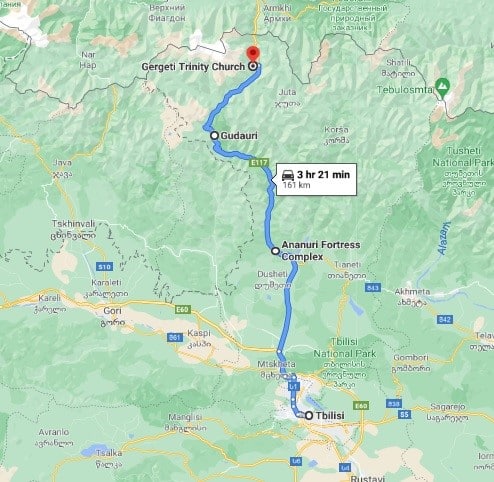